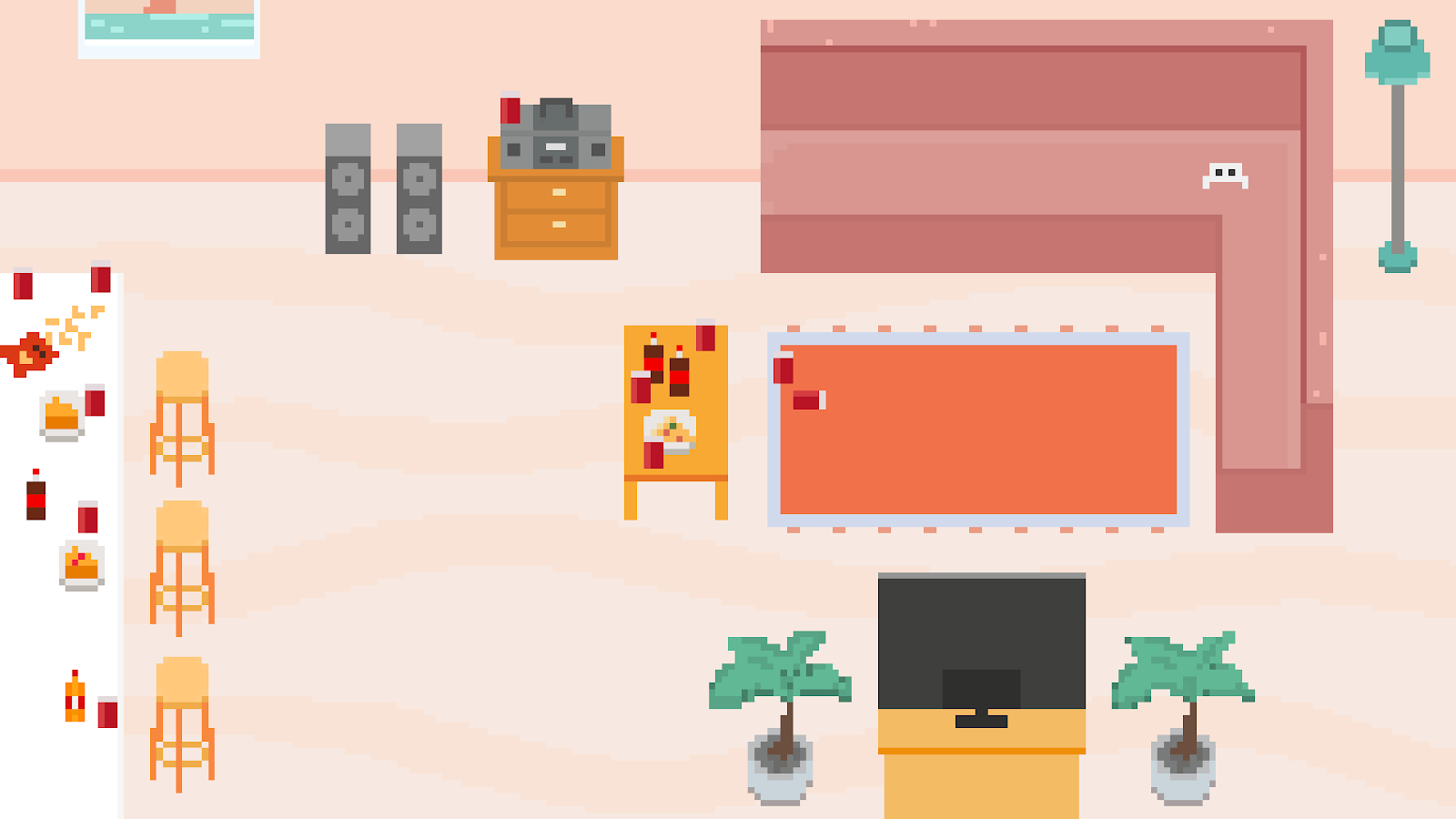 The programmer is adding visual hints to the puzzles in previous chapters and developing the puzzles in Chapter 3. The artist is working on Chapter 3 art assets. The designer is designing the ending & flashback. Those things go smoothly. However, the story part is where we iterated a lot. Initially, we designed a party scene, where Meimei feels excluded because others think Meimei is quiet and shy. A group of students is chatting about the plans for the upcoming spring break. Meimei didn’t feel invited to such topics. Our instructors pointed out spring break might not be a safe topic as it’s private and oftentimes settled ahead. The client also argued that this might be too similar to our previous chapters, where Meimei isn’t able to join a conversation. We agreed. We brainstormed a lot and ended up using an idea of our client. Instead of having another conversation that Meimei is hard to join, we let Meimei feel excluded from activities that other people assume only outgoing people would do. For example, some want to sing Karaoke and don’t call out Meimei’s name in the first place because they assume Meimei is shy and would not enjoy such activity. This differentiates Chapter 3 from other chapters. Also, this could make our ending more powerful. In the end, Meimei conforms to her friend and sings a song with the friend. Such action would break the stereotype and proves that Meimei has become stronger.

The picture above is our current scene. The artist intends to make it have a brighter tone as it’s the final chapter and we want to make the player feel more cheerful.

Here’re the improvements that the programmer made on the previous puzzles. The piece that the player picks is highlighted. There’s audio feedback as well. We made such changes to respond to earlier feedback that the puzzles are difficult to interact with and they wish there were more tutorials or hints. We agreed that hints like this are necessary so the player is able to receive more feedback when playing the puzzles and won’t think the puzzle or his/her mouse is broken. As for the tutorial, we thought it not necessary as we don’t want to break the flow. We also don’t want to change the difficulty either but we do hope that audio and visual feedback hints help relieve their cognitive burden while solving the puzzles.

Alright, we got 2 days breaks this week. Next week, we’ll have our Chapter 3 ready to play & test! Bye!