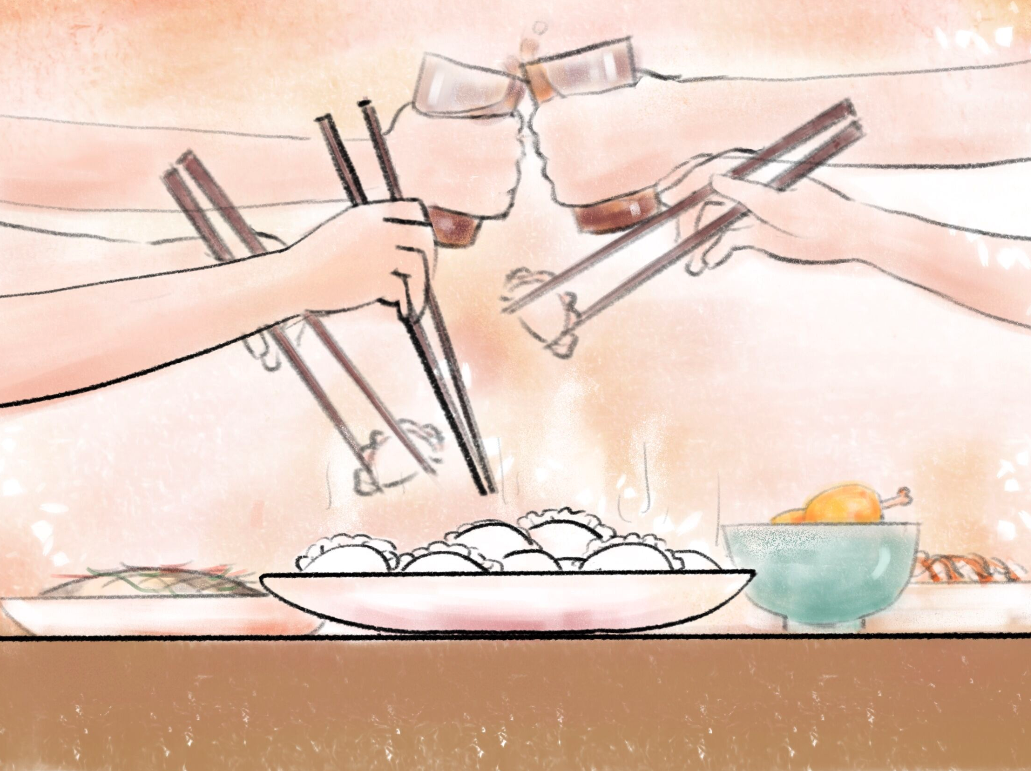 Let us first introduce you to the story. The story is about experiences of cultural differences and isolation. The story happens in a cafeteria. Meimei, the main character, who doesn’t know much about American Football wants to participate in a conversation about Super Bowl. The other students who know this topic well try to explain it to Meimei but make Meimei feel even more confused. After this conversation, Meimei feels a sense of isolation due to cultural differences. They also have different types of food. Others are having American food while Meimei is having dumplings. They ask Meimei why she is having dumplings. It turns out that it’s the time of the Lunar New Year. It’s a Chinese tradition to eat dumplings during the Lunar New Year. They then start a conversation about the Lunar New Year. The endings of the story are either sharing foods with each other or not sharing foods but only introduces their cultures, depending on the player’s choices.

We thought that both Super Bowl and the Lunar New Year are culture-specific and discussional. By discussing both topics, both sides (marginalized groups and non-marginalized groups) could experience such cultural differences. The topics also have things in common. They both happen in February. They both have a festival theme, where people gather together and enjoy the game, show, or food. By sharing similarities and food, the player could counteract the isolation brought by the differences. We will have more proofreadings next week.

Then we could show you the art we’re creating for the puzzles. The puzzles focus on Meimei’s memories.

Using placeholders or online assets, the programmer is working on the development of these puzzles. We’ll be able to play the game next week.

On Friday, we met high school students from a program of Assemblepgh. There, they played the prototype of Chapter 1 and talked about their thoughts. The team also talked our personal stories with them to hopefully inspire the students a little.

The feedback from them was mostly positive. They found the scenarios were believable. The art style communicates well. However, they indicated that we need to pay more attention to UIUX. For example, we need to give the players hints of the puzzle. Also, designing the puzzle to have a smoother progression curve. Right now, the puzzles require a lot effort of in understanding.

Next week, we’ll have a playable prototype of Chapter 2!