At the beginning of the week 9 we had our halves presentation. Following this we met Jesse Schell on Tuesday, and presented our thoughts on how we would go about designing our puzzles. His suggestion was simple.

So that is what we did.

The inspiration for our puzzles came from a combination of two sources:

The process of considering elemental complexity began with a consideration for the interest curve of the experience. Essentially we wanted an initial large peak then a period of rest, followed by ascending peaks with rests until a climax at the end.

In our case we intended to use the elements to increase complexity, but explore fundamentally the same (problems related to the 360 angle system). The elements of our game were:

With these elements we create a table of level against elements, and incrementally increased the number of elements. When a new element was introduced we would drop other elements to lower the difficulty experience for players to more clearly grasp the new element.

Before we had a table of level against element for level design. We began with freely creating puzzles. This process was informed by a breakdown of the exercises involved in our clients teaching material which were as follows:

After freely creating a satisfactory number of puzzles, we used the table as a contraint guide to create more puzzles. The lower difficulty puzzles focused on presenting simple problems involving fundamental angles such as 90, 180, and 45. Whereas higher difficulty puzzles were inspired by certain shapes e.g star, parallelogram, triangle.

Using both these methods in tandem helped us create up to twenty two puzzles so far. We intend to create more puzzles, and using this process we hope will help to ensure creativity with constraints!

For this week, we welcomed 10 students aging from 6 to 12 to enjoy our game! 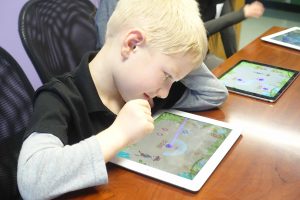 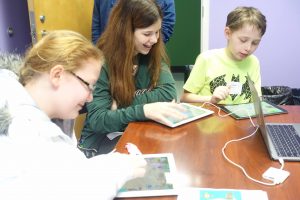 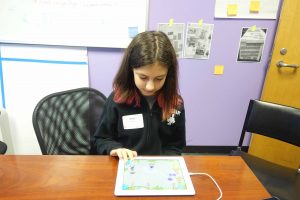 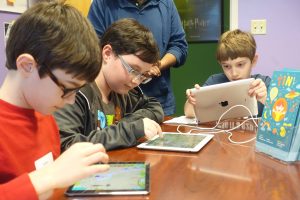 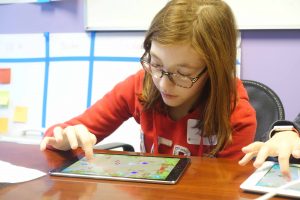 All of the students said they love our game! It was so exciting for them to play the funny adventure app game while learning about math.

Meanwhile, they also gave us some useful advices:

1)Giving different theme, like input a map of different environment will be funny.

2)Adding more animation of both the animal and character.

3)Giving some tutorial to help player recognize the meaning of positive and negative gem. Also, give tutorial for using the protractor.