Based on a focus on Treasure Hunter at the end of Week 5 we added various design additions to the idea which was shaping up to be a dungeon adventure where players:

1. Could move around a character
2. Had an inventory (method of dealing with many gems in a level)
3. Could defeat monsters (requested by our audience)
4. Could pick up gem bags (method of incrementally introducing gems incrementally to our puzzles)

We met with a designer from Zynga who was visiting The Entertainment Technology. She had a look at our idea, and advised us to focus on our core mechanic which was the slotting gems into the beam maker.

So based on the feedback we:

1. Removed gem bags.
2. Removed inventory.
3. Made our main character stationary. The character would now be an assistant who would act like guide (akin to Dora the Explorer games) giving advice, information and hints but not actually solving the puzzle directly.
4. Constrained problems to only 180 because the teacher requested it.
5. Finally created 10 levels at the end of the week. 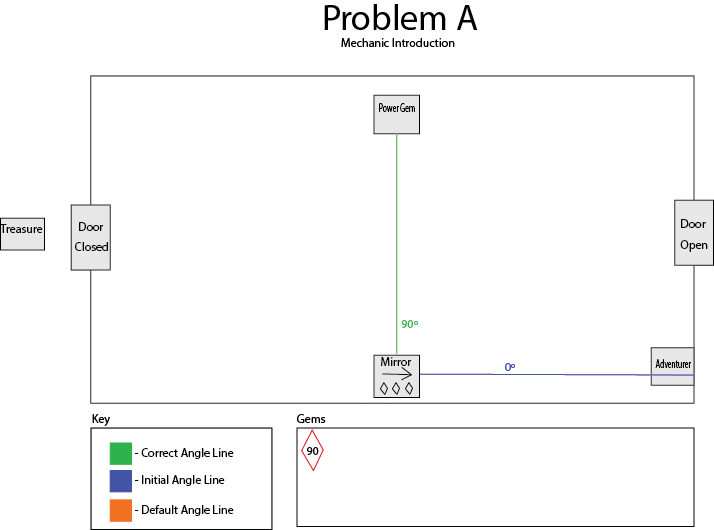 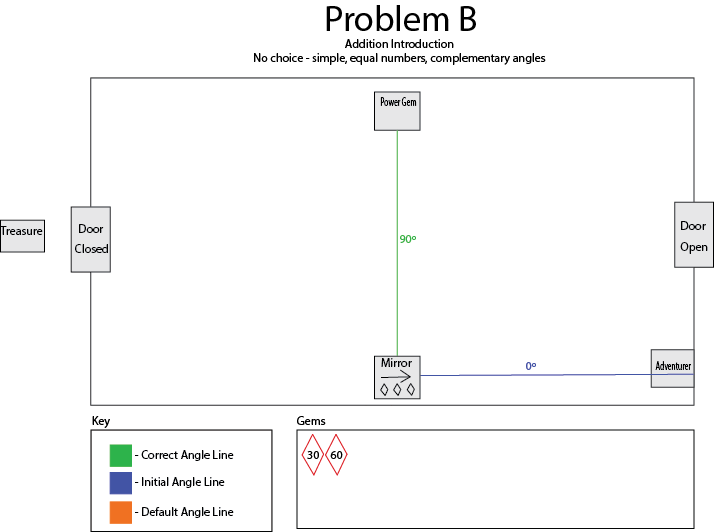 Level based on addition 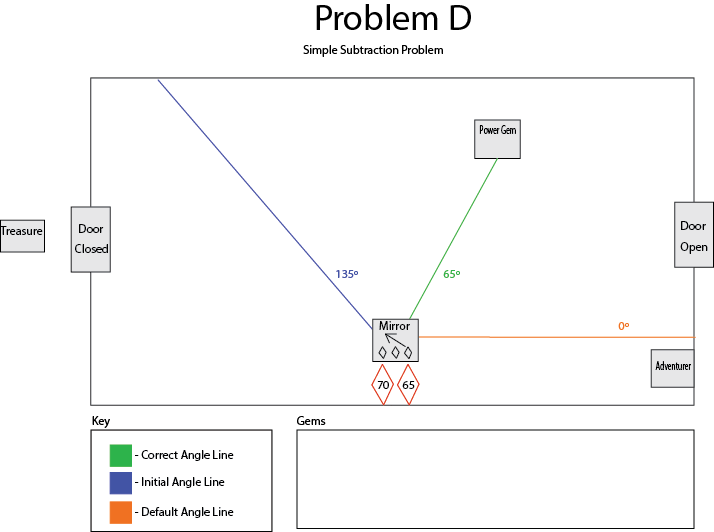 Level based on subtraction

First Digital Game Based on This Idea 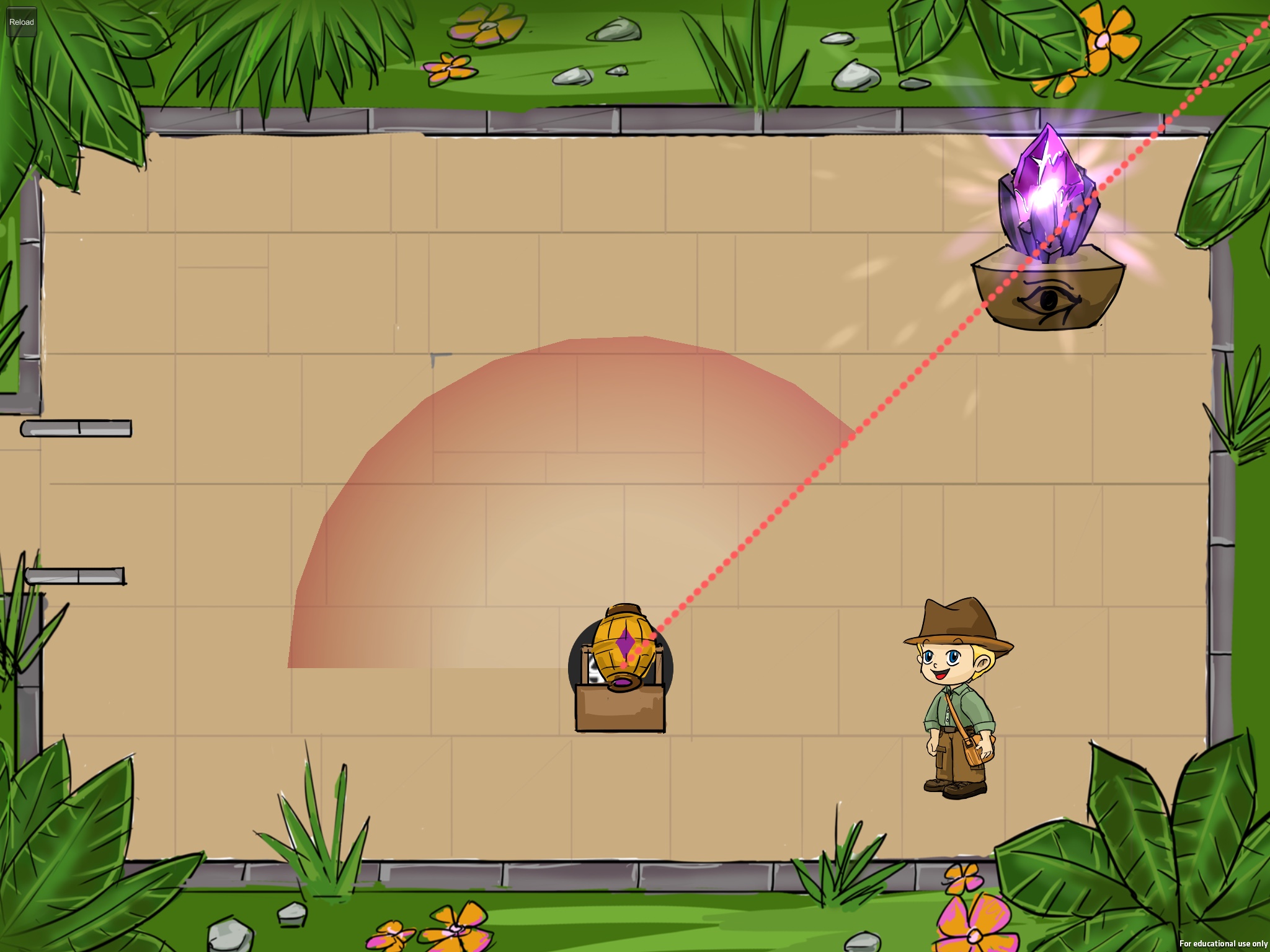 Gem Dragging System :When the guest drag a gem onto a device, the device will give this gem a key and allocate its position. Then the device rotates its light beam.

Character Control System (obsolete): The character will move to the position you tapped.

Door Control System: When the power gem was activated, the door will open, so the character can enter and get treasure.